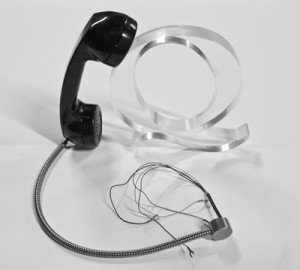 Elisa Heisman, alumna of the Tuesday Night Workshop, has a fun, easy-to-relate-to blog called “Life Without A Manual.” One of her recent blogs consisted of her own responses to the questions listed below. When she posted it, she flagged me because it reminded her of the A-Z writing prompt I use in the Tuesday Night Workshop, which is used by many writing teachers: I invite people to go through the alphabet to see what each letter represents to them in that moment. Often, writers lands on a particular letter, it loosens a topic they want to keep writing about and they may get no further than the a letter or two into the alphabet. It’s a writing prompt writers can do every day and experience differently each time. (Move on to the next letter the next day, start at the end this time, or approach from a different angle entirely—the variety of results I’ve heard is striking!)

What Happened When I Answered Direct Questions As A Writing Prompt

I decided to follow the questions Elisa answered, which originally showed up on her friend’s Facebook page. My answers are below and to me they are incredibly boring and only demonstrate how, although I do write about my life and I’m even considering compiling what I’ve written some kind of memoir-ish type work, mostly I bore myself me to tears, which is why I usually find writing fiction more enjoyable.

Another way to use a list of questions like this, or even the A-Z prompt, is as an exercise to get to know your fictional characters or nonfiction subject better. If you’re writing creative nonfiction, or you’re a journalist, there are certain details readers want to know, and have to know. Some writers benefit from answering complex quizzes about their characters, but as David Jauss points out in fascinating article, “Homo Sapiens vs. Homo Fictus Or Why a Lot of Knowledge Can Be a Dangerous Thing Too” (A Writer’s Chronicle, March/April 2013, Vol. 45 #5), some of our favorite characters, including Holden Caulfield from The Catcher in the Rye are drawn on very little information:

In the course of the novel, Salinger gives us only seven descriptive details about Holden, and all serve to reveal the essence of his character. Here are the details:

Even this list, taken entirely out of context, stimulates my imagination, whereas most of the answers about me sit there like the bloated, lifeless facts they are:

A- Age: 47
B- Biggest fear: Dying before I’ve finished my bra article and had a chance to visit my friends who don’t live in Philly.
C- Current time: 11:30 a.m.; wait, that’s not true—it’s 12:13.
D- Drink you last had: Water
E- Everyday need: Down time
F- Favorite song: This is impossible. Favorite recent pop song: John Legend: “All of Me” (I’m a little embarrassed by this, but hey, for the first time in my life, I have an answer to I)
G- Ghosts, are they real?: No
H- Hometown: Leverett, MA
I- In love with: Jon
J- Jealous of: Envious of people with organized offices.
K- Killed someone? No.
L- Last time you cried?: While watching a documentary called, “I Am,” and right when the filmmaker wanted me to cry.
M- Middle name: Maria
N- Number of siblings: Two older brothers.
O- One wish: An end to poverty and greed.
P- Person whom you last called: My mother to ask her for the phone number of friends of the family’s.
Q- Question you’re always asked: Have I used too many details in my writing or not enough?
R- Reason to smile: I’m alive and I can walk.
S- Song last sung: Baby Don’t Hurt Me (during Thursday-night workshop)
T- Time you woke up: 9:30 a.m.
U- Underwear color: White
V- Vacation destination: Hoping to run a writers’ retreat in Tuscany in June. Perhaps I’ll just have to scope it out first?
W- Worst habit: Forgetting to eat.
X- X-Rays you’ve had: Shoulder, Jaw
Y- Your favorite food: Dark chocolate
Z- Zodiac sign: Taurus

Like “millions of gray hairs,” a fabulous exaggeration about an unusual trait for a person of his age, the only interesting answers on my list tell more of a story in of themselves but simultaneously leave enough mystery in our minds to make us wonder about them. While my age or the time when I wrote this is not inherently interesting, some people might want to know more about why I’m embarrassed by enjoying Jon Legend’s song, “All of Me.”  And, what was I doing singing, “Baby Don’t Hurt Me” while leading the Manuscript Workshop?

Between Salinger and the more luxurious description-writers like Balzac or Vikram Seth, lies a continuum where no fixed rules around how to write description apply. Still, the invaluable point David Jauss makes is that while writers may fill endless pages with backstory before we begin writing, we must choose what to include in the actual story as carefully as a sculptor chisels away at the original stone to delete every centimeter necessary in arriving at the final shape. Even before we know everything there may be to know about our characters, or about our subjects if we’re writing nonfiction, at each juncture during our writing we can ask ourselves, “What detail can I include that would reveal as much about my character’s world as the fact that Holden can’t make a fist because he used it to break all the windows in the garage after his brother died?”

As Director of the Philadelphia Writers Workshop, Rachel Kobin is proud to be a member of the greater Delaware Valley region’s robust writing community. When not dreaming up writing prompts, reading and editing manuscripts, or coaching writers, she can be found at her home in Upper Darby where her daily life contradicts those who believe musical theater is unrealistic because people don’t spontaneously break out into song.

Recent Posts
Connect With Us!