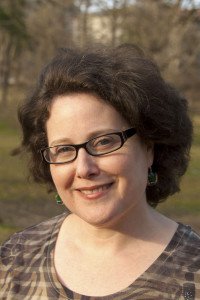 I began writing when I adapted Louise Fitzhugh’s novel, Harriet the Spy, for my elementary school’s third-grade theater production. After receiving my B.A. in history and French from Barnard College, I worked in film and television production until 1996.

While at Viacom, I worked for Julia Pistor, who developed and produced the children’s movie version of Harriet the Spy. I critiqued screenplays for Jonathan Demme and was on the team that refined the script for his film, Philadelphia. I made a short film, co-wrote a full-length screenplay, and shopped it around Hollywood. I moved to Philadelphia in 1997 to produce a nationally-broadcast television direct advertising campaign for Advanta National Bank. Since then, I’ve written and managed the production of print and digital advertising for a wide variety of products and services.

Originally, I joined the Greater Philadelphia Writers Workshop Studio led by Alison Hicks in Havertown, PA, to keep my professional creativity going, but I eventually wrote a novel. When I heard that Alison had a waiting list, I asked her to train me privately in the Amherst Artists & Writers method. She guided me as I began to lead my own workshops in 2011.

I’ve been providing coaching for writers for years, but now I’ve formalized the service. My specialty is helping writers struggling to meet deadlines or sabotaging themselves in some way. This may involve overcoming considerable resistance to meeting deadlines or simply a desire to have accountability to writing regularly.

One of the privileges of leading the workshop is having the opportunity to read participating writers’ new work. I enjoy working with writers as a developmental editor to help them make their manuscripts as strong as possible prior to submitting them for publication.

In the fall of 2018, a short piece of my creative nonfiction was published in the anthology, We Will Not Be Silenced: The Lived Experience of Sexual Harassment and Sexual Assault Told Powerfully Through Poetry, Prose, Essay, and Art. Also available on Kindle via Amazon.

In the fall of 2020, a poem of mine was published in the anthology, As the World Burns: Writers and Artists Reflect on a World Gone Mad Also available on Kindle via Amazon.

Facilitating others’ creativity has always been one of my greatest strengths and joys.